Individuals who enjoy feature films or television shows based on science fiction, military action, and/or espionage themes may be familiar with the concept of drones, unmanned aerial vehicles deployed to perform secret reconnaissance tasks or bombing missions. In the real world, the military has been the primary buyer and user of drones, which in turn has supported the aerospace industry through an ongoing need for greater complexity and greater range with these machines.

What may not be readily known by these movie goers and television viewers, nor by the general public, is that a growing interest is afoot in using these unmanned aerial vehicles for non-military reasons such as scientific research, educational applications, and, most notably, in commercial activities. It is estimated that almost $100 billion will be invested globally on drones or drone technology over the next 10 years, with better than 10% directed toward commercially-based uses and initiatives. Such depth of investment can greatly intensify recruiting efforts to support the anticipated corresponding increase in aerospace jobs.

Excluding the military, some of the markets/fields of science that have used drones are:

From the perspective of commercial usage, two of the more recognizable names that have ventured into the realm of unmanned aerial vehicles include:

With the implied endorsement of such corporate giants, it is likely that many other types of commercial enterprises will give serious consideration to incorporating, or at minimum investigating, the benefits of drone technology to their bottom lines. This will likely give rise to new and/or redefined aerospace jobs in Canada, the United States, and throughout the world.

Subsequently, an aerospace recruiter, such as Winters Technical Staffing, will be tasked with identifying qualified candidates who can provide the skills that will be demanded by companies in the aerospace field.

Aerospace Recruiting May Intensify In Response To Commercial Use Of Drones

The growing interest in the use of drones by the commercial sector will undoubtedly lead aerospace industry firms to intensify any efforts/attention dedicated toward recruiting.

As the investment in drones and drone technology increases, both financially and in the total number of interested parties, there will be an increased demand to staff aerospace jobs in several disciplines, including but not limited to:

For individuals looking for a challenging opportunity, whether they are currently working in aerospace jobs or seeking a career change, the answer may lie with the burgeoning interest in commercial drones. An experienced and successful aerospace recruiter, such as Winters Technical Staffing, can provide the necessary guidance and support to fulfill such goals in this specific industry.

If you are looking to begin or prolong your career within the aerospace industry, call Winters Technical Staffing today at 1-877-495-7422 or contact us to book your no-obligation consultation. We will gladly discuss the types of jobs that best match your interests and skills, along with the necessary steps for pursuing and attaining your goals. 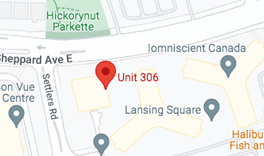 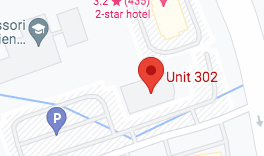